The Enduring Popularity of the 6502 - CommanderX16

There are many 6502 related projects ongoing.  Just search the web and you will not be lacking for interesting material.

The particular 6502 project I find most interesting is one dreamed up by David Murray, the 8-bit guy.  He and a few other experts in different disciplines from hardware and software to art production are actively designing and prototyping a modern 6502 version of what could be called a spiritual successor to the Commodore PET, the VIC-20, and the ever popular Commodore 64.  They call it the CommanderX16.

This computer is based on the 65c02 processor (still available!) and the hope is that it will run at 8MHz (8x faster than an original Commodore computer) and it will run a version of Commodore BASIC.  It will also have updated graphics and sound hardware and expansion slots!

Here is a link to their Facebook group to find out more!
https://www.facebook.com/groups/CommanderX16/

Posted by Carl Gundel at 6:27 AM No comments: 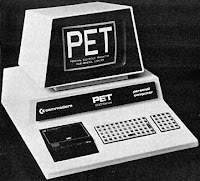 I always thought that Alan Kay is the father of personal computer.  Some people think it is Steve Wozniak.  Just listen to this interview with Chuck Peddle, the designer of the 6502 processor at MOS and Commodore and you may change your mind.  He also talks about BASIC and Bill Gates.  He touches on so many really interesting things.  You may not think the same way again about computer history.

Click to go to theamphour.com and listen to this interview. 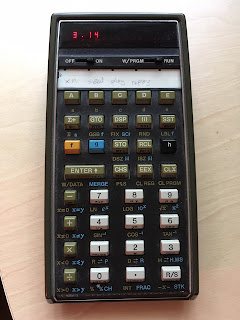 The quality of documentation that came with these calculators put programming within the reach of most people.
Posted by Carl Gundel at 5:22 AM No comments:

I found this cool website which has a 6502 emulator, an assembler and a disassembler.  What a cool free resource.

Microchess is the first game ever published for a home computer back in the 1970s.  It was written for the Commodore MOS KIM-1 single board computer by Peter Jennings (no, not that Peter Jennings!) and when you bought a copy all you got was a manual with the machine code listing in hexadecimal.  To play you needed to punch those numbers in by hand.  Yes, really!  The good news was that the KIM-1 had a cassette interface.  ;-)

http://6502.org/source/games/uchess/uchess.htm
Posted by Carl Gundel at 7:48 AM No comments: 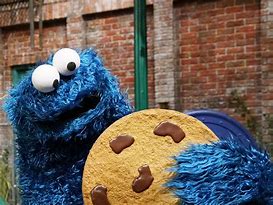 Yes, you read that right!

Back in the day, when I used to write business software for the Apple II computer (and the IBM PC, let's forget I said that) we used to use the Applesoft BASIC Compiler from Microsoft.

Typically I would print out the program listing, or part of it.  Go away and mark it up, planning what I was going to do next.  Then I would sit down and make my edits using the Applesoft interpreter and run the compiler.

This was a disk-based compiler, before microcomputers had enough memory to hold the code, the compiler and everything else in memory.  That meant that the compile was really, really slow.

So when you start the compiler it reads a line of code and displays it on the screen, and then you hear the floppy drive do its grinding sounds.  Rrrrr, rrrr,  rrrrrrrr,  rr.  Swish, swish, swish.  Repeat.

Each line of code was 3 or 4 seconds to compile, and when it was finally done with that it had to do a second pass to finish compiling.

It took a half hour to compile the code.  I can't say I really minded so much because this was an ideal time for some coffee and cookies (Keebler fudge covered cookies).  Or I would watch TV with my boss and we would talk politics.

Then once the program was compiled it would get tested, and the cycle would repeat.
Posted by Carl Gundel at 3:37 PM 1 comment:

Arguably the MOS 6502 processor was really no better than Motorola 6800 that was its direct predecessor, and why would you buy the most important part of your computer from a calculator chip company like MOS Technologies instead of a more stable company like Motorola?

The home computer market would have evolved more slowly and in a completely different direction.
Posted by Carl Gundel at 6:36 AM 2 comments: